President Kenyatta issued the directive in a virtual meeting with the CSs on Tuesday, July 7, who will now embark on developmental tours.

The Head of State had delegated the duty to his deputy William Ruto in a speech where he gave life to the tanga tanga phrase. 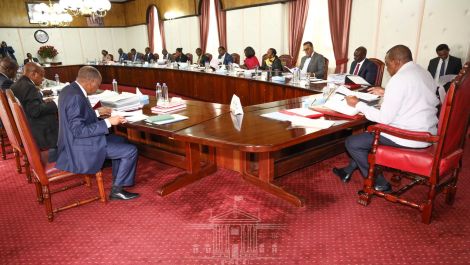 The DP was accused of using the opportunity to inspect government projects for political mileage.

Uhuru warned his Cabinet against using the opportunity for selfish gains, saying there was no room for vices in his administration.

The president told his ministers to focus on the implementation and completion of ongoing priority projects and programmes.

He explained that collective responsibility should be demonstrated by enhanced presence and visibility of the government on the ground through inspection of projects and robust public engagements.

Kenyatta reiterated his earlier directive that no new projects would be initiated except with his express authority.

CSs were directed to strictly use funds allocated in the 2020/21 budget as the government faces a cash crunch due to slowed economic activity.

“The Head of State acknowledged the current difficult economic environment occasioned by the Covid-19 pandemic and reminded government departments to settle pending bills as a key priority and to ensure that pending bills is the first charge on each ministry’s budget,” read a press statement from State House.

As a measure of accountability, the Head of State announced that the completion rate of projects and programmes would be adopted as a key performance indicator for all Cabinet Secretaries, Chief Administrative Secretaries and Principal Secretaries. 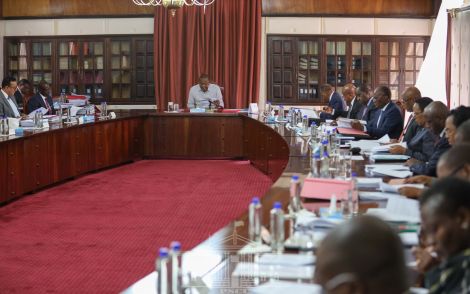