Exiled lawyer Miguna Miguna, on Monday, September 14, revealed that he had been served with a libel notice by some members of the Kenyatta family.

In a statement drafted by his legal counsel, KWM Lawyers based in Ontario Canada, he acknowledges receipt of an email from Martin Gitonga of Gitonga Advocates LLP, on behalf of 5 plaintiffs, accusing him of defamatory allegations

Miguna has been vocal since Dennis Okari’s Covid Millionaires feature aired on NTV, calling for the relevant agencies involved in the investigations to ensure that justice is served on parties mentioned as suspects in the multi-billion scandal if found to be guilty. 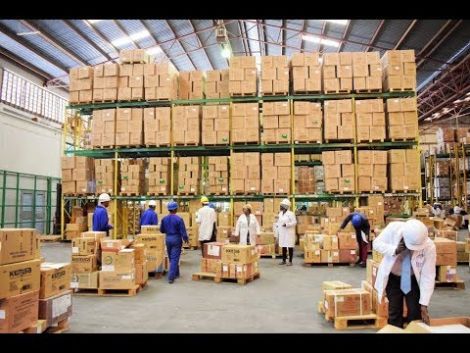 A Kemsa warehouse in Nairobi.
FILE

A section of the vocal lawyer’s response reads as follows.

“Your email dated September 14, 2020, is acknowledged. Before I respond to any purported defamatory allegations you have advanced, frivolously, I demand the following:

“First, you must comply strictly with the service provisions in the Defamation Act and Civil Procedure Rules with respect to libel notices.

“Second, that you must particularise each and every alleged offending word or statement, explain their ordinary meanings and demonstrate the purported defamatory meanings(s) on each intended plaintiff,”

In his demand, Miguna highlighted that since he could not enter Kenya due to a red alert issued against him and a vandalized Kenyan passport, legal action against him would have to made in Canada.

“You are required to commence any legal action against me in the jurisdiction of the Province of Ontario, Canada, so that I can exercise my right to full answer and defense as prescribed by law,” reads and excerpt from his response.

He went on to highlight that the ongoing parliamentary proceedings and criminal investigations being carried out by the Ethics and Anti-Corruption Commission (EACC) and the DCI regarding the KeMSA scandal were all in the public domain.

In his argument, the exiled lawyer said that the names of the President’s kin mentioned as persons of interest in the investigations were all available to the public.

He capped off his fiery response by claiming that once they satisfied his 3 demands, he would provide irrefutable evidence linking President Uhuru’s government to wanton corruption and looting of public funds.

“Please note that this response does not constitute a waiver of my rights to be served, personally, with any libel notice, as stipulated by law, which rights are hereby asserted,” reads a section of the letter.

Law Society of Kenya President Nelson Havi was copied in the document.