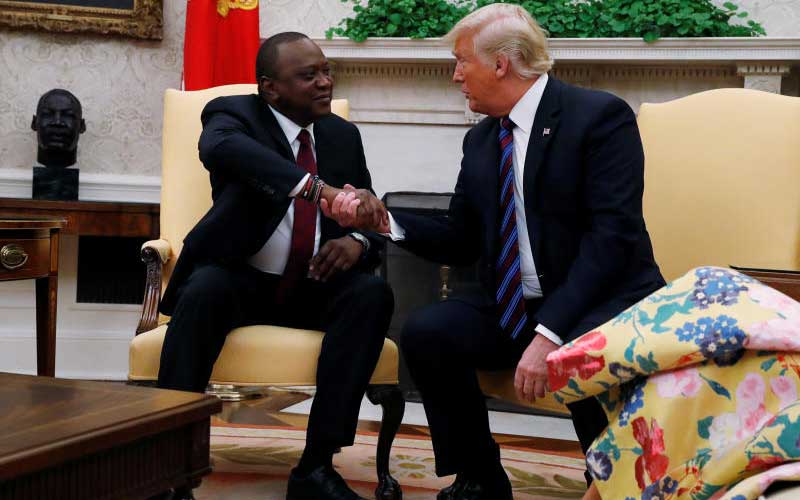 President Uhuru Kenyatta and US President Donald Trump during a meeting in the Oval Office at the White House in Washington on August 27, 2018.

Experts from the US Chamber of Commerce has warned US President Donald Trump against using his previous approaches to trade deals in the ongoing negotiations between Kenya and the US.

According to a report by New York Times on April 26, The Chamber of Commerce stated that the US should work to achieve a single, comprehensive agreement with Kenya that removes barriers to trade and investment, instead of pursuing a phased approach as it mostly does.

“To be effective, negotiators should work out a comprehensive deal that addresses all issues under negotiation rather than seeking agreement on a subset of issues or pursuing a phased approach,” the Chamber stated in comments submitted to the U.S. Trade Representative.

According to the reports, the US government has recently concluded partial or phased trade agreements with Japan and China, frustrating some U.S. companies that had been pressing for broader agreements on several key issues such as intellectual property (IP) rights and improved access for their products. 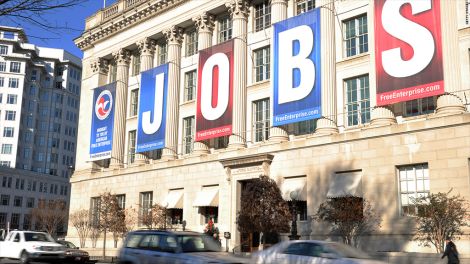 The US Chamber of Commerce building in Washington D.C., USA.

The Chamber stated that for the trade deal between Kenya and the US to be beneficial, the talks should focus on achieving a high-standard bilateral agreement that sets a precedent for future U.S. trade deals with other sub-Saharan African nations.

The Chamber further noted that a high-standard agreement that eliminated all tariffs would boost the long-term economic outlook for both countries, and further position Kenya as a model for economic reform across Africa.

“The agreement should eliminate all tariffs and address non-tariff barriers for industrial and farm goods, including U.S. tariffs on imports of steel and aluminum from Kenya while expanding market access for remanufactured goods exports.

“In addition, the deal should eliminate forced technology transfers, include an investor-state dispute settlement mechanism, and formalize a joint commitment to follow good regulatory practices.,” the report reads.

The Chamber also called for commitments to ensure U.S. access to Kenya’`s services market, and address IP rights and enforcement as they relate to patents, copyrights, trademarks, and trade secrets.

The trade deal being negotiated between Kenyatta and Trump was mooted on February 6, 2020, during the National Prayer Breakfast in the US and would be the first of its kind between the US and any Sub-Saharan Africa country.

Makueni MP Dan Maanzo who sits in the National Assembly Committee for Trade told TMZ.co.ke on Tuesday, April 28, that the reason for such a historic feat was due to the country’s handling of the political and social affairs. 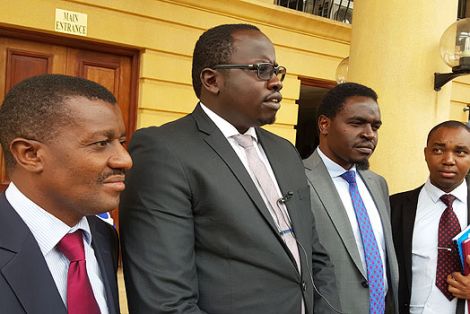 “The President and the former Prime Minister Raila Odinga attended the American National Prayer Breakfast and the other nations were really imprssed by how kenya is handling its political affairs and other internal issues.

“Because of the political stability and the good example that Kenya has showed the rest of the world, the US is now very comfortable dealing with the country. The openness and transparency has really helped Uhuru’s government in being believed and trusted by other nations and them doing deals with us,” he stated.

“This is How I Look in Real Life!” Anita Nderu Slams Body Shamer

Murkomen, Kihika Fight Back After Uhuru Ejects Them from Jubilee Leadership!