Skip to content
Exclusives FEATURED Life Style News
July 22, 2020 admin
The aftermath of a fire incident in Nairobi on Wednesday, July 22, 2020
Four garage owners woke up to counting losses to the tune of tens of millions after several vehicles were burnt down in a night fire incident fire on Wednesday morning, July 22.

A correspondent based in the area who spoke to TMZ.co.ke detailed that the incident occurred at 3 a.m. in the morning.

The fire was attributed to an electric fault with residents lamenting that they have experienced high voltage power for several days. 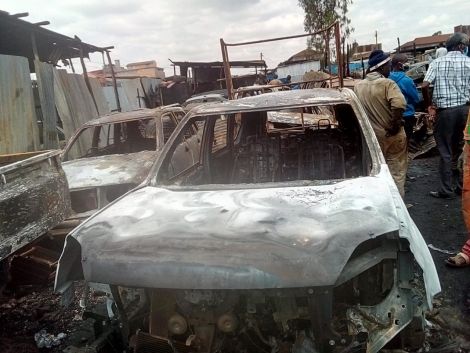 The aftermath of a fire incident in Nairobi on Wednesday, July 22, 2020

“One of the owners detailed that he was woken up before 3 a.m. by the night guards at the garages and he rushed to the scene.

“Upon arrival, he called emergency service providers and firefighters arrived at around 4 a.m. and managed to put off the fire,” the reporter stated.

The businessman added that several of the vehicles belonged to clients who had taken them for servicing and repairs.

Affected individuals were notified of the incident as investigations into the cause of the fire commenced.

The owner detailed that all four businessmen had insured their businesses and had already liaised with their insurance companies.

Among the cars that burnt down were Landcruisers, Toyota pickups and Proboxes. 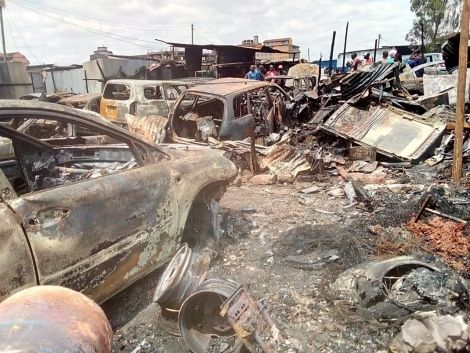 The aftermath of a fire incident in Nairobi on Wednesday, July 22, 2020

Reasons why Diamond never visited Tanasha in Nairobi, ever!