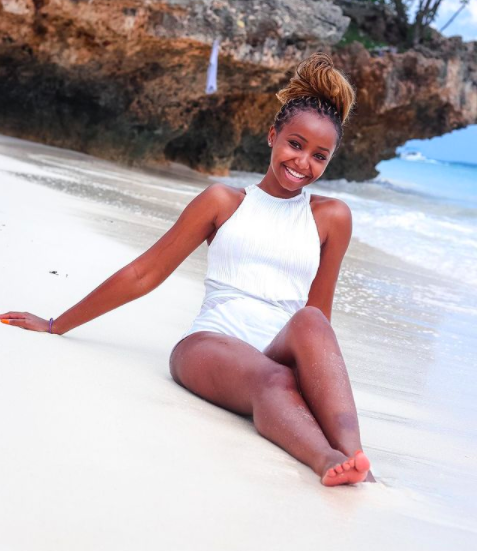 Vlogger Wabosha Maxine has responded to claims that she might be in an abusive relationship.

A curious social media fan insinuated that the sassy influencer could be harming herself after spotting scars from a cut on her arm.

Blogger Edgar Obare reached out to Wabosha, and she said her phone is flooded with people asking if she is OK.

She dismissed the claims from the social media user, saying she is very happy.

“To be very honest, I am not even sure what happened to my hand. But I feel like the scratches aren’t deep enough to be from a blade. I wouldn’t post self-harm pics for any kind of attention though,

As for my leg, those are snorkeling injuries from my recent trip. My legs just happen to bruise easily,” she explained.

The concern comes amid a similar alarm that Elodie, Nviiri’s girlfriend could be harming herself.

The ‘self-harm’ scars on Elodie’s arm were highlighted after she shared details on her abusive relationship with the Sol Generation group member.

However, the lass, later on, came to dismiss her own confessions, blaming it on the drinks that they had while in a vacation in Mombasa.

‘They thought we were deaf,’ Jalango narrates high school escapade

Is Self-Quarantine Failing in Kenya? [VIDEO]