Speaking to the media on Wednesday, July 8, Ndambiri stated that he had met a man who identified himself as Professor Mwachodzi wa Mwachofi who told him about the Karoti Girls Secondary School Project.

The Ksh138 million was part of a Ksh571 million Homeland Educational International project set up to support local students to learn online. Homeland is funded by DLAMS International, a non-governmental organisation. 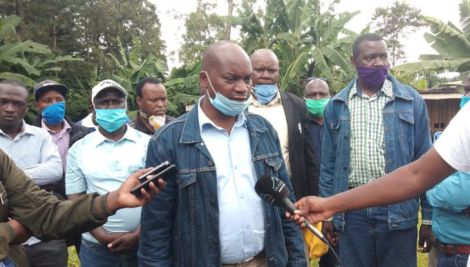 “I thought it was a good idea. I even accommodated him and two other people in my house. I reported them to the Directorate of Criminal Investigations (DCI) office in Mwea when I became suspicious,” he explained.

He added that he considered himself a whistleblower, and as such he urged that he should not be pursued as a corruption suspect.

“I am the one who alerted detectives about the scandal. How can I then be a party to it?” he wondered, adding that he was ready to cooperate with the police in the probe.

Ndambiri claimed that his political rivals had taken the chance to implicate him in the scandal.

He also addressed claims that his children had foreign bank accounts which were used to transact corrupt business.

“My children have no foreign accounts. I ask those saying so to prove their claims,” he challenged.

The scandals linked to the county leadership were seen by observers to have the potential of diverting the focus from Covid-19 preparedness.

Governor Anne Waiguru was at the same time battling another impeachment attempt as threatened by MCAs.

She was forced to withdraw a list of nominees proposed to constitute a reconciliation committee to mend the divide between the Executive and County Assembly. 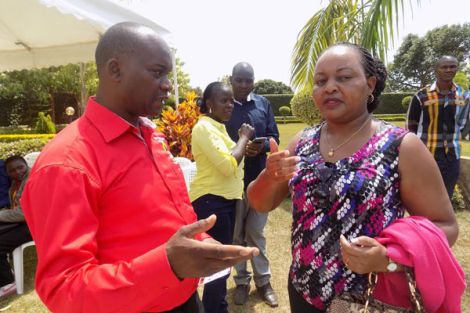