No I never reported, we would handle it or look for a third party to help us sort it out. – comedian Terence’s ex said. 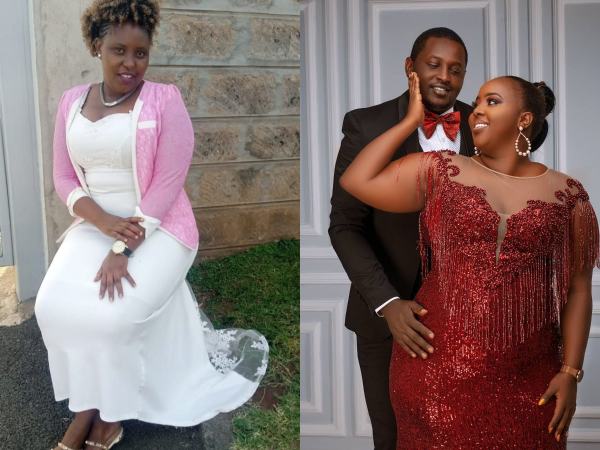 Eunice Wanene, the ex-wife to comedian Terence – real name Lawrence Macharia – has said that they were both toxic to each other when they were dating and living together.

Speaking exclusively to Mpasho.co.ke, Eunice shared that this was caused by his drinking habits and other women among them Milly Chebby ‘invading’ their relationship.

” At the time when we were living together, he used to drink.

The drinking was bad and as you know where there is drinking there is violence so sometimes I would find myself hit (kupigwa ngumi) on the face, It was not easy.

We were both violent, you know when he triggers me I would also trigger him. He would threaten to leave me.

The moment you realize your man has another woman out there you are never comfortable, so there was no peace for both of us.

When he started working on Churchill, is when I started seeing a new number calling him.

The number even used to text me so I knew it.

She would ask me about Terence’s whereabouts. It reached a point where I would receive messages from her.

She would also tell me how my husband was at her place.

I told her if she was a woman enough then he can keep him.”

Asked whether she had ever reported Terence beating her up, Eunice responded:

”No I never reported, we would handle it or look for a third party to help us sort it out.

It had become extreme till the other ladies would call me and start calling me names.

Eunice now says she has moved on and is in a happy relationship with a supportive guy.”

Contacted by Mpasho on whether it’s true she ‘invaded’ Eunice’ relationship with Terence, the mother of one responded:

”Eunice should let us know please, she’s tried all she can to bring us down, she even once said she will make sure Terence goes down I see it clear she’s doing it day and night, it’s been 9 years ask her to let us be.”

For this and more lifestyle news, join our super exclusive TMZ Telegram group for all the latest and breaking news in entertainment.