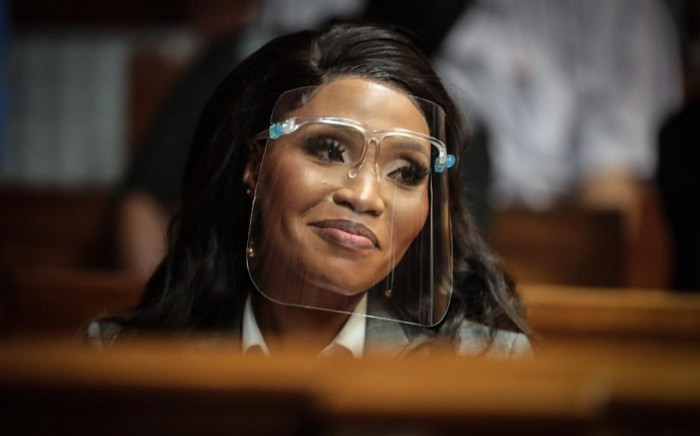 “What An Emotional Journey Especially For Me and My Kids,” Norma Mngoma. Every mother considers it their role to protect their kids at all cost. Sometimes though there are situation beyond control, where kids are caught up in their parents’ drama. A case in point will be the current situation going on between Norma Mngoma and Malusi Gigaba. Although their fight has nothing to do with their two boys, they somewhat got affected by their parents’ court drama that started late last year.

They sadly witnessed their mother’s arrest after she was accused of plotting to kill former Minister of Home Affairs and her husband Gigaba. According to Norma, this resulted in the nine year old and seven year old sons struggling to focus at school. It goes without saying that any child experiencing that will go through a tough time one way or the other.

After endless court dates, all the charges against Norma have been dropped. The prosecutor assigned to the case announced the withdrawal of the charges in court earlier on Friday morning, at the Hatfield Magistrate’s Court in Pretoria. She said she would now pursue a civil lawsuit against the Hawks, hoping to claim for the trauma she suffered over the past months. Norma revealed how emotionally exhausting this journey has been especially for her and her two sons.

She took to Instagram to express her gratitude to everyone who stood by her during this difficult time. Norma also thanked her legal team which includes Advocate Dali Mpofu for making sure justice gets served. To every woman out there going through a similar situation, Norma gave them a word of encouragement.

“What an emotional journey this has been especially for me and my kids. I thank God for giving me strength to stand up for myself during the most difficult time of my life and also I thank my legal team for making sure that justice has been served✊🏽, lastly I want to thank my family, friends and everyone who supported me and kept me in their prayers. To all women out there who are going through the similar situation, don’t give up. Wear your crown, keep on standing and fight for your rights and don’t only do it for yourself but do it for other women who are voiceless,” she said.

Nomzamo Mbatha’s Foundation On Another Campaign To Help Students