The county boss argued that the natural occurrences due to heavy rainfall led to loss of lives and property, displacement of people that resulted in a humanitarian crisis.

“We petition the National Assembly to declare the perennial landslides and mudslides situation in Nandi County and other parts of Kenya as a recurrent National Disaster and shall be responded to as such by all relevant government departments and agencies,” he stated.

The Petition which was filed before the Senate in June 2020, was officially tabled on the floor of the Senate on July 8, 2020. 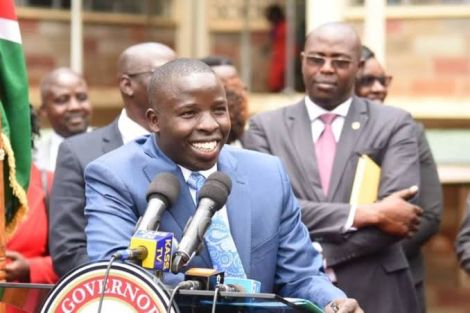 Nandi Governor Stephen Sang during an address in 2019.

“We look forward to favourable findings by the relevant Senate committees in which the petition was committed to for consideration,” Sang stated in the petition presented on behalf of people living in areas prone to perennial landslides, mudslides and floods in Nandi County and across the Country.

He further requested the national assembly to direct that the recommendations of the National Land Commission relating to the subject matter be fully implemented by the relevant government departments and agencies as a means to permanently addressing the prevailing situation.

The Nandi governor also urged the assembly to look into the historical injustices in relation to the irregular and illegal awarding, extension and renewal of expired and expiring leases belonging to individuals and multinational corporations in both the tea-growing highlands and the sisal and sugarcane growing lowlands.

He pleaded for the National Assembly to direct the government to resettle the vulnerable families outside the current landslides prone rugged and rocky environment so as to allow for afforestation programs in the area.

Sang pointed out that over 500 households in the different wards in the county had been affected by landslides in 2020 alone with 20,000 bushes of coffee, 120 acres of maize and 90 acres of beans, 20 houses completely destroyed in the earth movements.

During the longs rains period between March and May 2020, flooding incidences were reported in 36 out of 47 counties, with landslides reported in the Rift Valley and the central and coastal regions, according to the Government’s National Disaster Operations Centre.

The Kenya Red Cross Society reported since the rainy season started more than 233,000 people had been affected, including over 116,000 displaced. 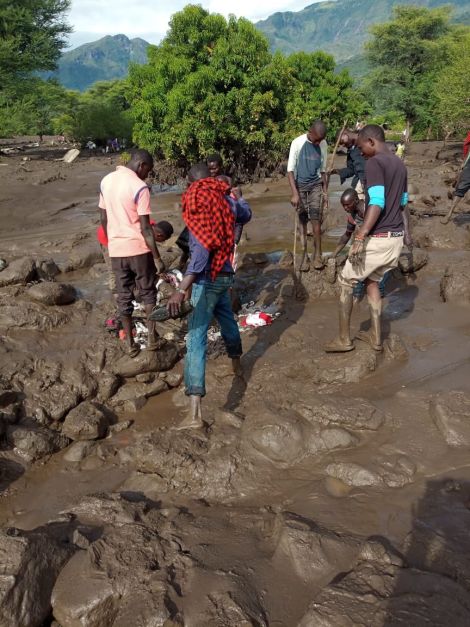 Residents pictured canvassing the aftermath of the landslide that hit West Pokot and Elgeyo Marakwet counties on April 18, 2020

Easy Way To Make Your Own Hand Sanitizer