Peninah Bahati Kitsao, a woman whose story was covered by the media after she was forced to boil stones to trick her children into thinking she was cooking dinner, has lost her youngest daughter.

Sources privy to the matter told tmz.co.ke that Mary Kaingo that been receiving treatment at Makadara Hospital before she died.

“She developed a fever and a few days later they took her to hospital after they noticed that there was spotting in her stool. It got worse and sadly, she did not make it,” our source stated. 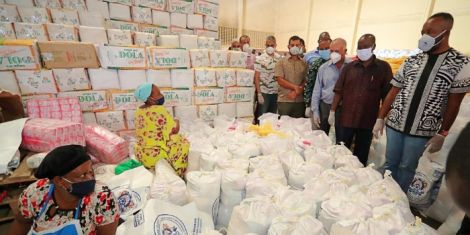 “They are now trying to figure out how they will get the body and lay it to rest,” he added.

On the other hand, a Kenya Red Cross Society volunteer, Zuleikha Yahya, is said to have gone to check on the family two days ago, when she was told that the 5-month-old baby had been rushed to hospital.

“I confirmed it was true, the body is at the mortuary. This is so sad,” she stated.

The devastating news came just days after the family received overwhelming support from the Kenya Red Cross, the County Government of Mombasa and other well-wishers.

Kitsao, speaking to tmz.co,ke, was thankful to her well-wishers after she received food donations.

“There are so many people who have turned out to help, I have not counted the exact number but they have brought a variety of foodstuff,” she stated.

The 45-year-old, whose husband died in 2019, has now been left with seven children.

The spread of the Coronavirus disease has seen many families endure tough times due to the shutting down of businesses.

In a bid to cushion Kenyans from the projected tough economic times, on April 16, 2020, President Uhuru Kenyatta stated that needy Kenyans had already been identified in Nairobi and would receive a weekly stipend.

“The national government has also released an additional Ksh5 billion to counties to cushion vulnerable Kenyans. Piloting of the fund will be done in Nairobi,” he declared. 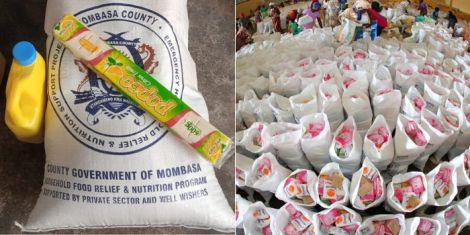 ‘I’m not the biological father of 2 of my 3 children,’ cries city man

We Will Come For You – ODM Supporter Warns Raila, Uhuru After Eviction [VIDEO]