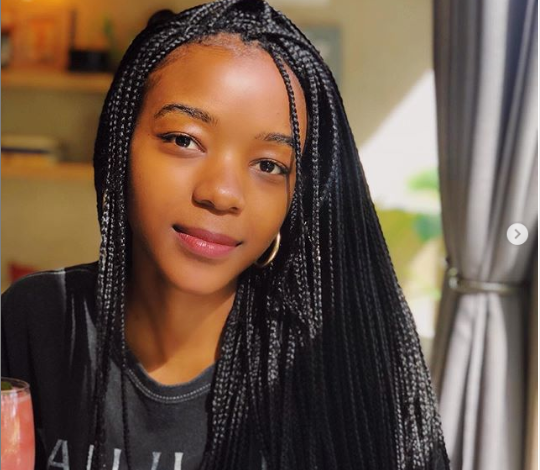 Young South African Actresses Making A Mark In The Industry. It is always said that the entertainment industry is not easy to crack, but when you are as talented you can go a long way. These young women are definitely here to stay.

The likes of Ama Qamata, Rosemary Zimu, Thuthuka Mthembu to mention just a few have set an example to young black women out there. Some of them are shining as lead stars in some of the countries biggest TV shows.

If you are a young aspiring actress, draw inspiration from these talented young actresses.

21-year-old Ama Qamata is fast becoming the star she deserves to be. We got to know her as Buhle in Gomora. Now she has cemented herself as a lead on Netflix’s second African original series, Blood & Water, that debuted in 190 countries last week.

Of recent, Rosemary Zimu has been bagging roles on major shows. Zimu made her mark in the industry playing Veronica in Isidingo. She then joined Generations: The Legacy to play Thembeka, a prostitute who only sleeps Zwith high profile clients. Zimu has recently joined The Queen where she will play Warona, the daughter to 41-year-old cougar, Mildred Sefatsa played by Kuli Roberts.

23 year old Matshepo Sekgopi rose to prominence as Z’bondiwe in Esihle. Currently, the talented actress entertains The River fans with her portrayal of Dimpho Mokoena. She has also appeared as Galaza’s Sirenin Isibaya, Nellie in Sokhulu and Partners and Bongi in Ingoma.

Kamogelo Molatlhoe made her television debut in a “Living Positive” segment of the SABC1 youth program Bona Retsang, in 2015. 25-year-old Kamogelo Molatlhoe is currently killing two teenage roles on TV. She plays Keamogetswe, on the e.tv soapie Rhythm City and also Cebile in the SABC2 telenovela Lithapo.

Thuthuka Mthembu bagged a role in the much loved Uzalo back in 2018. The 22-year-old actress portrays the character of Nonka, who is a strong and brave yet complex individual. She is a beautiful talented young woman with a promising bright future as her current career can tell.

Pics! Nhlanhla and Her Son Get Together For Their Annual Festive Family Photo Shoot

“I Don’t Feel Alone,” Lorraine Moropa On The Support She Is Getting After Opening Up About Sexual Harassment